by Soufeina Hamed, a self-taught comic artist and illustrator from Germany

My works and a Metal song, a Jewish home and Marwa El-Sherbini

Time flies and my life feels like a chaos. 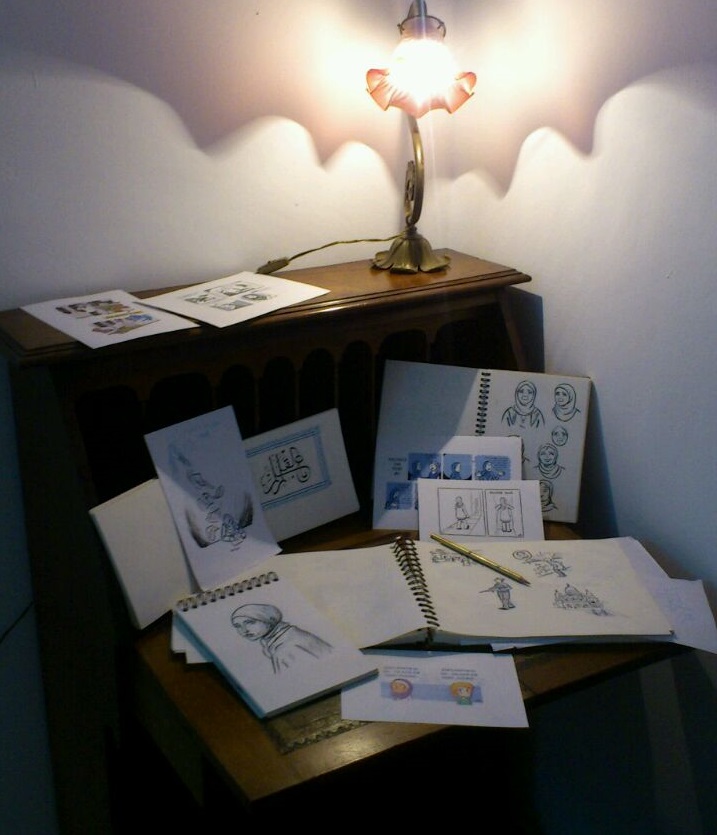 A positive chaos, although my body is giving me signals by muting me – my voice is gone for three days now.

So, here’s some news: I quit my job to start a new one in Berlin –  back to the roots. This means: Moving within less then 3 weeks – a challenge that won’t prevent me by following my artistic career.

The 3 most interesting news for now:

1) Last week, I had the pleasure to be part of the artist’s festival „48 Neukölln“ by the „Salaam-Schalom-Initiave“, a Jewish-Muslim project. It has a beautiful concept:

„The works of art in this exhibition reflect how communication between individuals of diverse backgrounds, from different religious communities, of various sexual orientations or genders, occurs. In the process, a variety of divergent narratives that bridge the divide caused by conflicts deal with the issues at hand and also make people more aware of the gamut of distinct societal positions in existence, as well as the significance these have for guaranteeing access to divergi 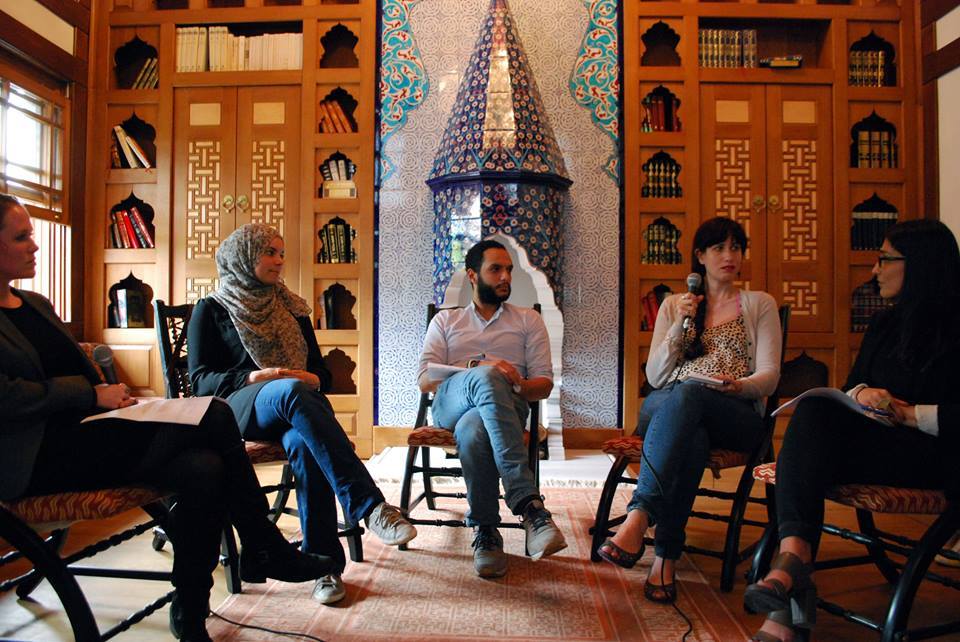 ng perspectives and means of expression, both in the private and public realms. The distinction between these two poles is further blurred by the use of private flats exhibitions´ spaces. Through art, understanding and empathy can thrive.“

My works were exhibited on a beautiful old table in a Jewish home. Afterwards, I was invited to be part of a panel discussion about freedom of speech, privileges and oppression. It was a lovely session, thank you!

2) Remember the cool picture of the Metal band “Sorrowfield” with my “Enjoy Difference” artwork on the “Rock against racism” concert? Here’s something even cooler: A Metal song by Sorrowfield inspired by my work!!! It is available for free streaming, so here you go: https://goo.gl/fVyjLG

Thanks, Marco Bianchi and Sorrowfield, I am truly honoured!

3) 6 years ago, Marwa El-Sherbini was murdered in the court of the city of Dresden. That’s why the German Council of Muslim Students and Academics declared 1st July as the nationwide “Day against Anti-Muslim Racism”. On this occasion, my works will be exhibited in various universities (organised by the Muslims student’s associations).
The complete exhibition will be found in Münster, where I will be talking about my works and how anti-Muslim racism has strongly shaped my artistic career, tomorrow at 18:00.